When a game player reaches their highest-ever score, does anyone around them want to hear about it? Not always. Are deeply-immersed game-players interested in hearing those around them? Many aren’t.

Hearables – from Bluetooth headsets to VR Goggles like the Oculus Rift are contributing to deepening the player’s experience, at a higher than average rate.

Among users of Game Consoles, use of Hearables is 56% higher than among the general public of connected adults. 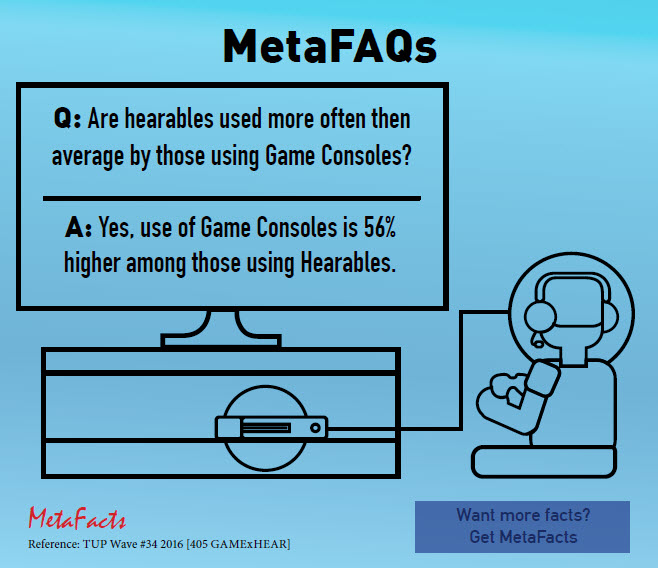 Game playing can be solitary, even when it’s multi-player.

Many other related answers are part of the full TUP service, available to paid subscribers. The TUP chapter with the most information about Hearables users is the TUP 2016 Devices Chapter. For a deeper dive into game-players and game consoles, TUP also covers many other consumer electronics and entertainment activities on connected devices, from game-playing to watching movies.

Comments Off on Are Hearables Used More Often by Game Console Players? (MetaFAQs)