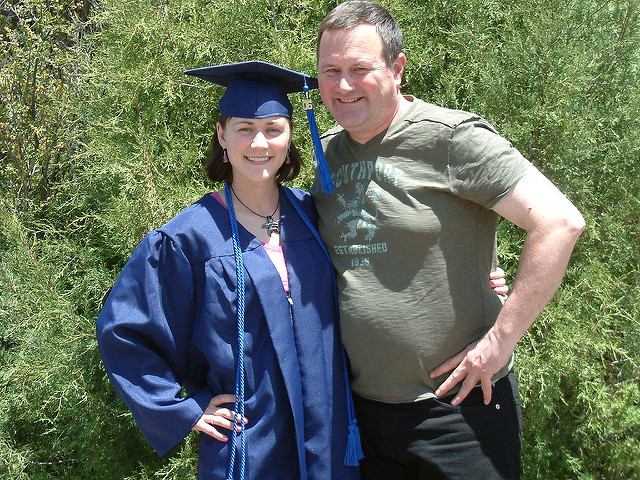 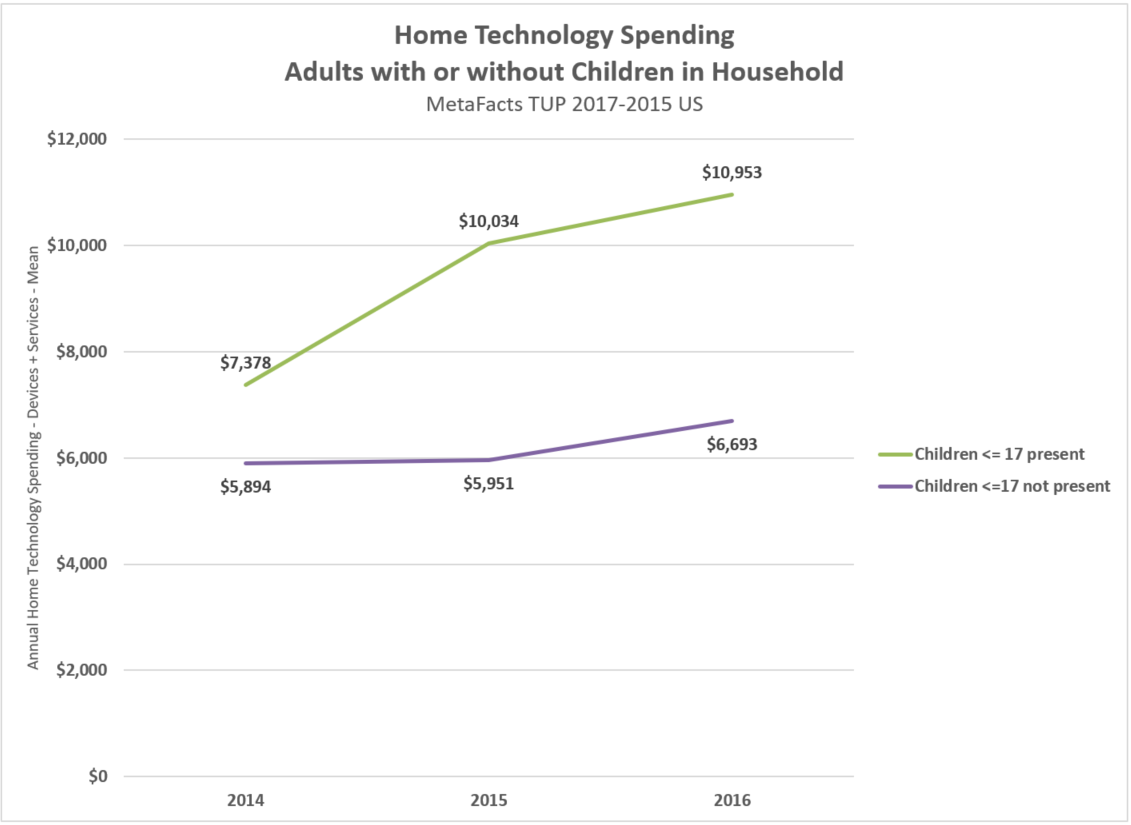 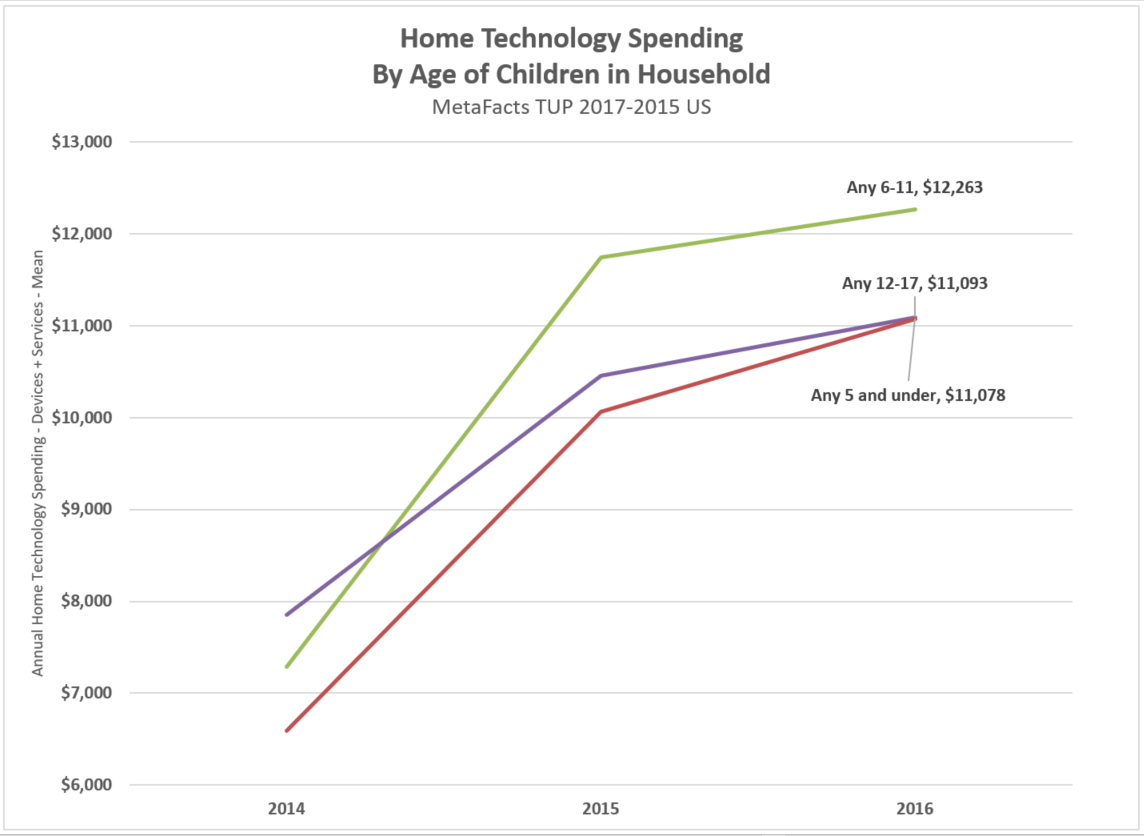 Tech spending – it’s mostly driven by living in the moment, through month-to-month subscriptions and on-demand content. Spending on tech devices, while substantial, is only a fraction of annual household spending. Also, the biggest spenders are few in number. 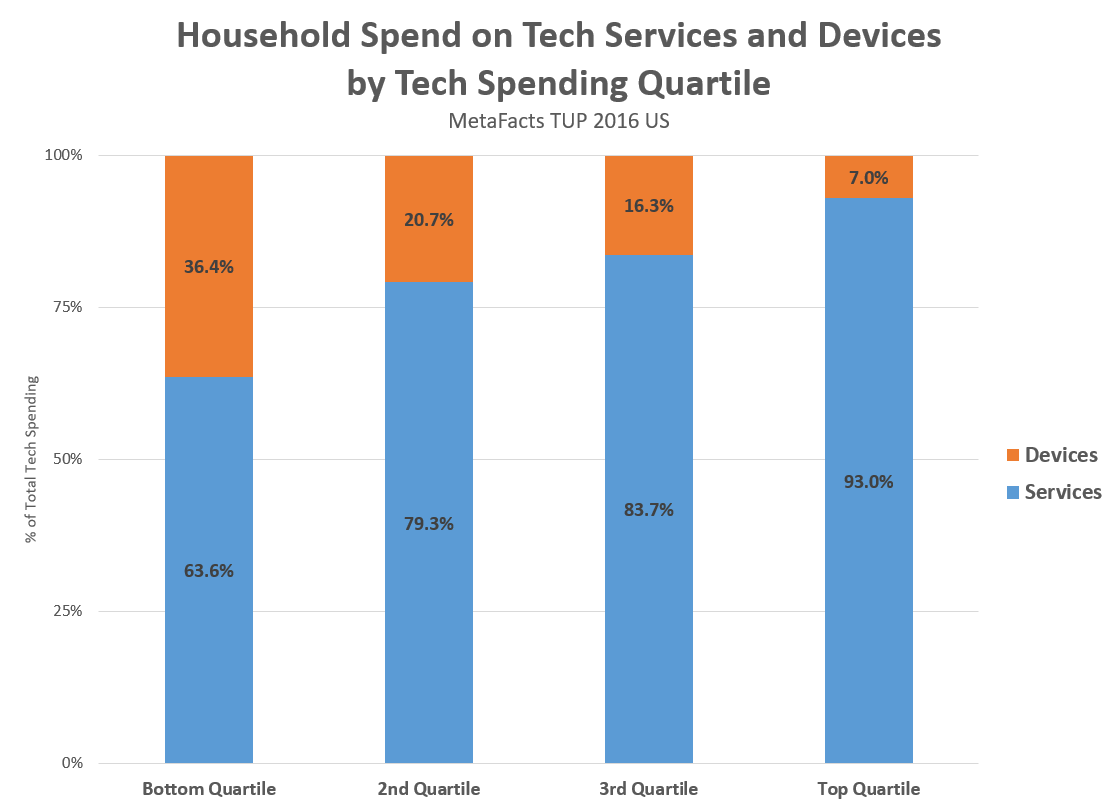 For these biggest tech spenders, services make up 93% of the technology spend. This is in contrast to the Bottom Quartile of spenders, whose spending is more equally balanced, with 63.6% going for services and 36.4% for devices.

After users have acquired their tech devices, bigger spenders add more technology services, and the services they use cost more than those chosen by lesser spenders. The Bottom Quartile of tech spenders are more likely to use fewer services and rely on fewer or unpaid connections, whether in libraries, cybercafés, or workplaces. Also, users in the Bottom Quartile are more likely to actively use Refurbished devices than bigger spenders. END_OF_DOCUMENT_TOKEN_TO_BE_REPLACED

Who spends most on tech – older or younger adults? (MetaFAQs)

In many tech circles, there’s a strong attention on the youngest adults. How true is it that younger adults spend more than older adults?

Our research shows that when it comes to household tech spending, age matters, although it’s not that simple.

First of all, while the youngest adults often are the most enthusiastic about technology, they don’t have the same financial means of older adults.

The majority of household tech spending is among adults age 30-39.

More importantly, when adjusting for employment status – including the self-employed – the analysis is clearer. Employed adults out-spend those not employed from ages 25 to 54.

This MetaFAQs research result addresses one of the many questions profiling active technology users. Specifically for this analysis, we looked at household tech spending along 15 categories of technology devices and services, from PCs, printers, and routers to Internet and mobile phone service.

Many other related answers are part of the full TUP service, available to paid subscribers. The TUP chapters with the most information about activities is the TUP 2016 User Profile Chapter, which includes sections more deeply analyzing by age and life stage.

Comments Off on Who spends most on tech – older or younger adults? (MetaFAQs)

The retail adage: “buyers vote with their feet” is a reflection of old thinking, just as “new buyers vote with their mouse clicks” shows the same partial thinking. Up-to-date technology marketers and researchers know well how important it is to understand the full view of buyers. Consumers are influenced by many screens – and only having one view misses out on the true picture. After all, buyers have many choices and demonstrate time and time again their willingness to change.

Consumers have expanded, contracted, sidestepped, and evolved their buying behaviors. Retail has defied the proclamations of its doom and yet is not what it used to be. As tech buyers continue to change their tastes and preferences, they have tried many different types of channels. The changes are far from over.

Below are a few examples of questions addressed in TUP related to buying behavior. The full TUP service enables drilling down beyond the answers to these questions to identify which other technologies, services and behaviors are disruptive and to profile which market segments are and aren’t adopting. TUP is much more than a one-dimensional market view or opinion piece.

If solid answers to any of these example questions would help your work in creating the future, please contact MetaFacts.

Current subscribers of Technology User Profile may obtain this information directly from MetaFacts, as well as additional customized drilling down into the full datasets.

For more information on the results delivered in TUP and about how to subscribe, please contact MetaFacts.

The above questions are answered with the TUP 2012 edition, and most are also answered in the TUP 2011 edition for ready trend comparison.