What is Apple’s share of actively used smartwatches? How does this vary between the US, the UK, Germany, and Japan? How has this changed in recent years? This MetaFAQs reports on Apple’s share of the active installed base across four countries and four years.

END_OF_DOCUMENT_TOKEN_TO_BE_REPLACED

Home mobile notebooks are popular for keeping at home

Mobile computing means much more than being able to work or play while traveling. Despite travel restrictions and worldwide stay-at-home orders during the pandemic, mobile computers reign as the most popular home computer. Well over half (57%) of online adults use a home notebook, compared to 46% using at least one home desktop. MetaFacts surveyed online adults in six countries for the 2020 wave of TUP/Technology User Profile:  the US, UK, Germany, China, Japan, and India. Notebook use is strongest in Japan (72% of online adults) and Germany (67%), and the lightest in the US (50%).

END_OF_DOCUMENT_TOKEN_TO_BE_REPLACED 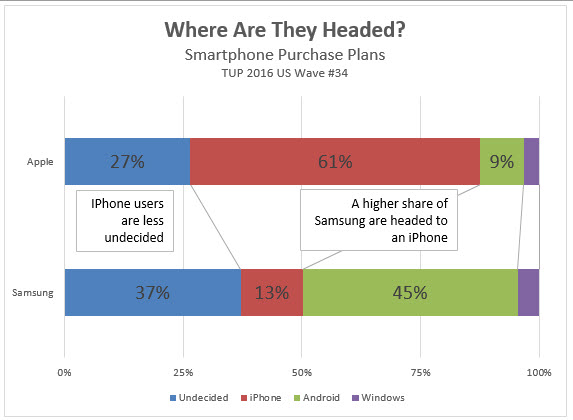 These Smartphone purchase plans follow a similar longer-term trend we’ve noted as users migrate towards devices with the same OS Ecosystem, whether that be Apple, Google, or Windows. In part, Apple’s iPad has brought Android and Windows into the fold.

Many other related answers are part of the TUP service, available to paid subscribers. The TUP chapter with the most information about the users of Smartphones is the TUP 2016 Mobile Phones Chapter.