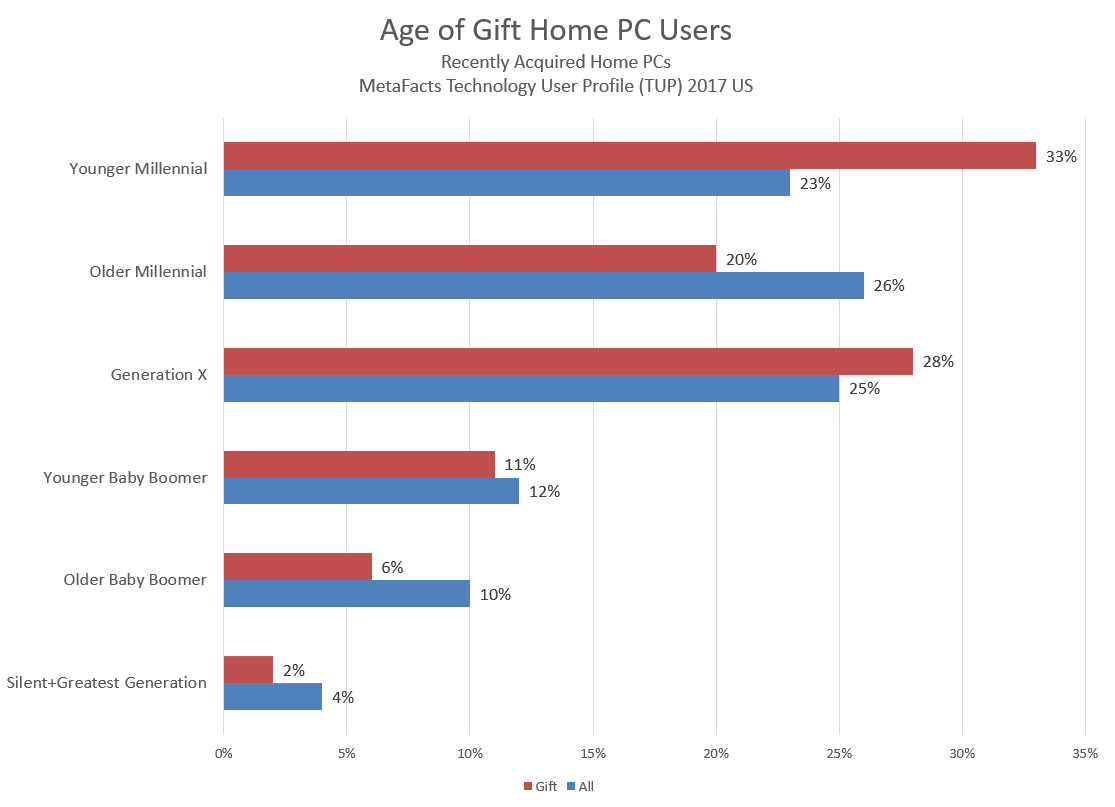 Many Home PCs arrive wrapped with a bow, having been a gift from some well-meaning friend or family member. In our most recent wave of Technology User Profile (TUP 2017 US), we found that 11% of recently acquired (2016 or 2017) Home PCs were acquired as a gift. 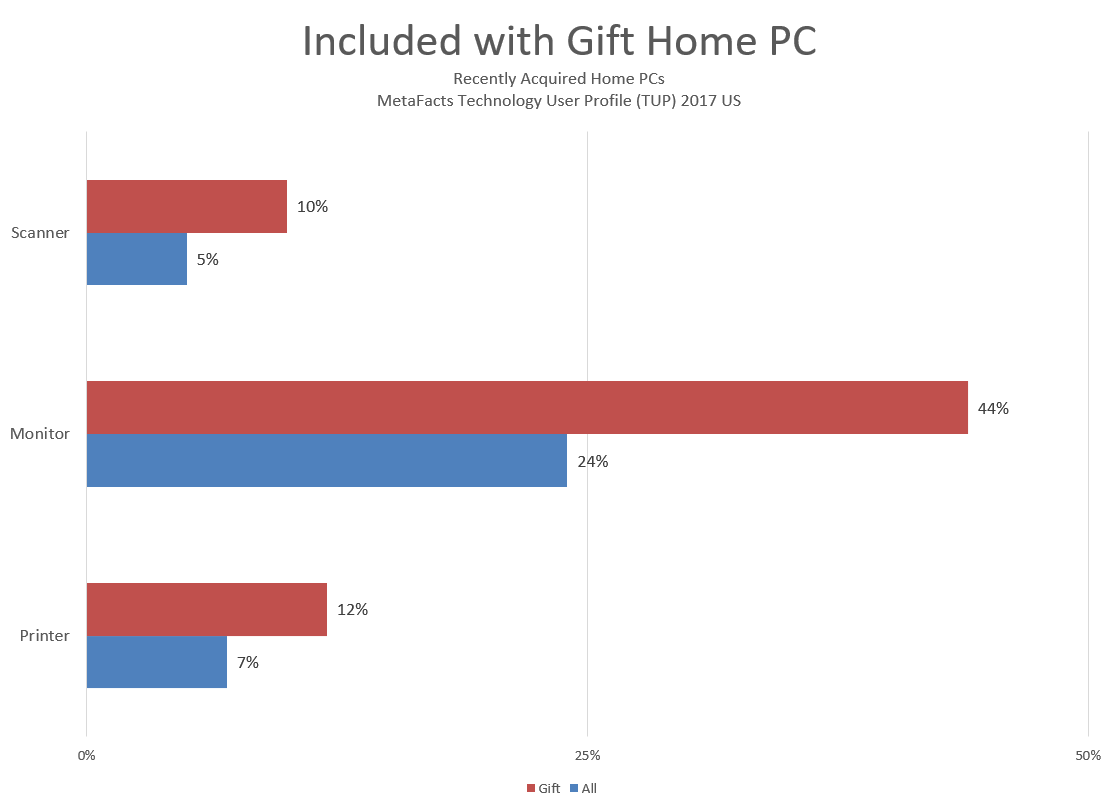 Many of the gift Home PCs came with more than wrapping and a bow, with a higher-than-average share bundled with a scanner, monitor/display, and printer. It stands to reason that these generous donors are including their used scanners, monitors, and printers.

END_OF_DOCUMENT_TOKEN_TO_BE_REPLACED

TV or not TV, is n0t the question.

TV is alive and well enough, although being viewed in many different ways than before.

In the battle for eyeballs on the largest and multiple screens throughout American households, more than one over-the-top box or stick has made inroads. These devices are being actively used by 31% of Connected Adults. Also, most viewers use more than one, with the average number in active use being 1.4.

In a bid for dominance, Apple has recently released its revision to its Apple TV, in an app that allows discovery and watching of content through Apple TV, iPhones or iPads.

One first question that may be asked – Who’s leading the market?

Roku can make that claim, with one in eight (12%) of connected adults using any of their various Roku boxes or sticks.

However, with the average number in active use being 1.4, a great deal of users have more than one.

As in any competitive scrum, a next question is the position of the other major entrants. Google, with it’s various entries of Google TV, and Nexus has the #2 overall position, and is also #2 behind viewers with Amazon Fire TV, Apple TV, and ASUS Cube.

So, while at first glance Apple’s announcement might be about Apple extending its integration of content that can be enjoyed across Apple devices, there’s more to this. This move is also about Apple strengthening its position against Google in the quest for broader market leadership.

This MetaFAQs research result addresses one of the many questions profiling active TV viewers, and the devices they use to watch.

Many other related answers are part of the full TUP service, available to paid subscribers. The TUP chapter with the most information about TV viewers across all devices and platforms is the TUP 2016 Consumer Electronics Chapter.