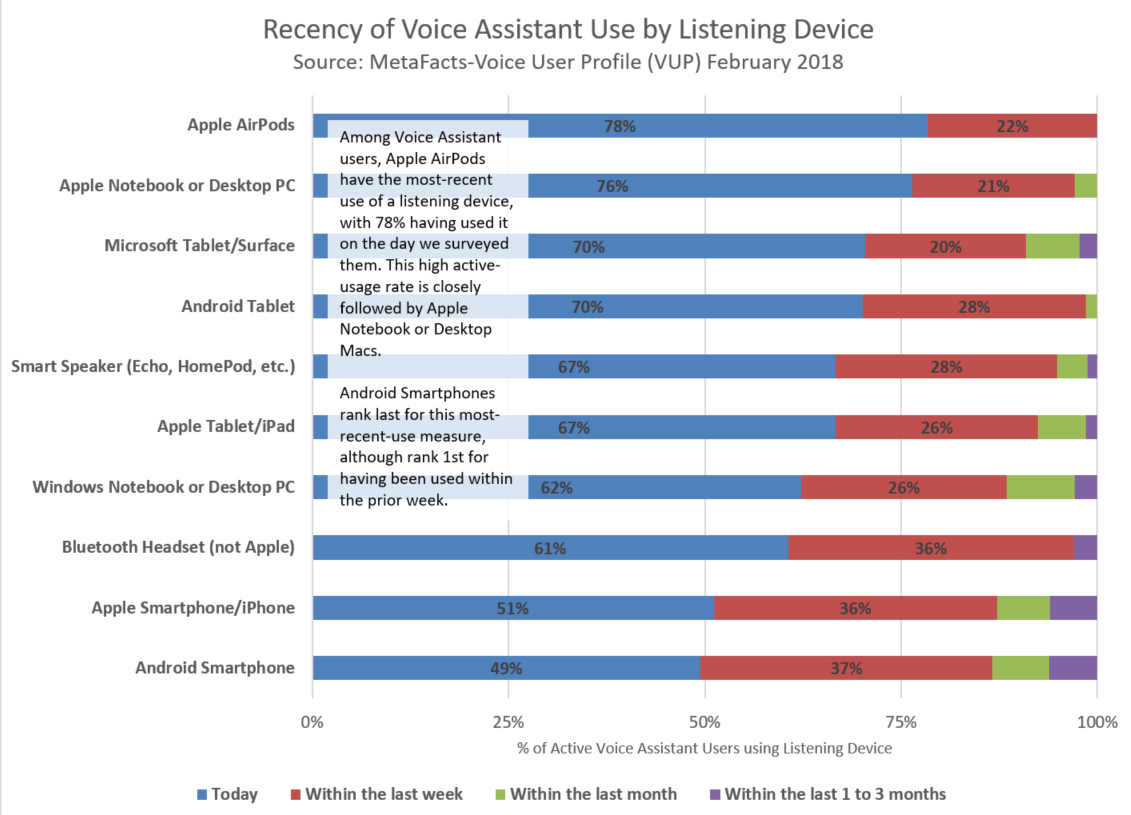 Creativity eludes definition, yet we know and admire it when we see or feel it. Well beyond simple clicks, creative activities greatly add to the collective oeuvre while also giving voice to expression.

It might well be argued that creativity is shown in the clever use of hashtags, emojis, or Snapchat video filters. I’m choosing to identify creativity broadly and practically – how the most-creative, most-involved tech activities get done. Activities such as creating presentations and videos require forethought and a blending of skills. Some activities such as taking photographs are now so widely commonplace that the activity spans the professional photographer to the budding amateur. So, for this analysis, I’m considering this a moderately-creative activity.

From our most recent TUP (Technology User Profile) survey, I chose six core activities as being more creative than the many other everyday activities we track by device and user.

I drilled down into the TUP data to see what differences there may be by device type – PCs versus Smartphones. When it comes to creative activities, there are differences.

Which devices have the most users doing creative activities?

Creative activities are strongest where the tools are richest. Ask any oil painter if they benefit by having ready canvases, easels, paints, and lighting. END_OF_DOCUMENT_TOKEN_TO_BE_REPLACED