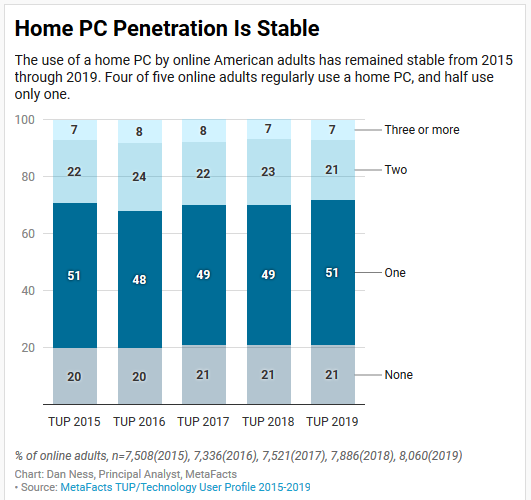 Use of more than one home PC has also remained stable. Half of online adults use only one home PC, a rate that has only varied by three percent over five years. Similarly, the usage rate has remained the same for the use of two home PCs and for three or more home PCs. Neither are online Americans accumulating or letting go of home PCs.

Home PC Use by Age Group

Across all age groups, most online Americans use only one home PC. Single home PC use is lowest among younger adults and highest among older adults. Use of two or more home PCs is hardly different by age group, ranging from 26% to 31%.

Doubling and Tripling Up Among the Young 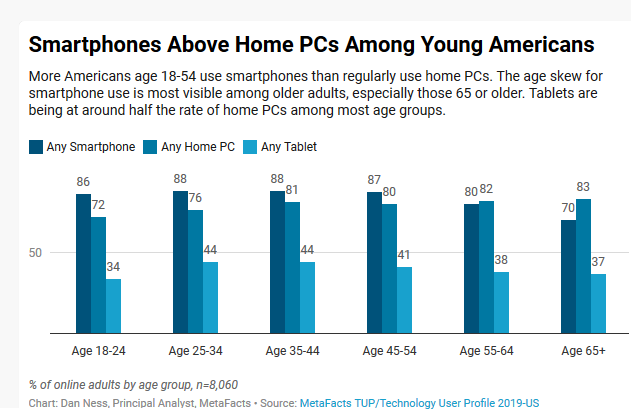 Habits die hard, and consumers hold onto some technology as a safeguard. Home PCs are likely to maintain their penetration levels for the next decade. However, TUP has already shown that home PCs have been losing their preeminence to smartphones as the primary device of choice for most activities. So, consumers will retain and replace home PCs as an insurance policy for those times when they are more convenient than either smartphones or tablets.