Sometimes the slow-moving trends are the ones that get missed. Coupled with preconceived notions, these have the makings of blind spots. For many tech companies, single-person American households may be an overlooked market segment.

Based on research by the U.S. Census and our TUP/Technology User Profile service, 1-person American households are a sizable and growing segment with more to them than may be apparent at first. Also, they are not created equally, especially in which technology products and services they actively use.

Tech marketers often advertise with images of bustling families juggling their lives and devices. Soccer moms abound. This perpetuates a myth that’s leaving many out in the less connected and underserved cold. Furthermore, many companies from Amazon to Spotify and T-Mobile have created family plans that financially favor multi-person households, making their offerings less attractive to the many 1-person households.

While it makes sense for any marketers to focus on the biggest-seeming opportunities, and families are big tech consumers, sometimes this is done out of habit or custom, which may mean missing opportunities. 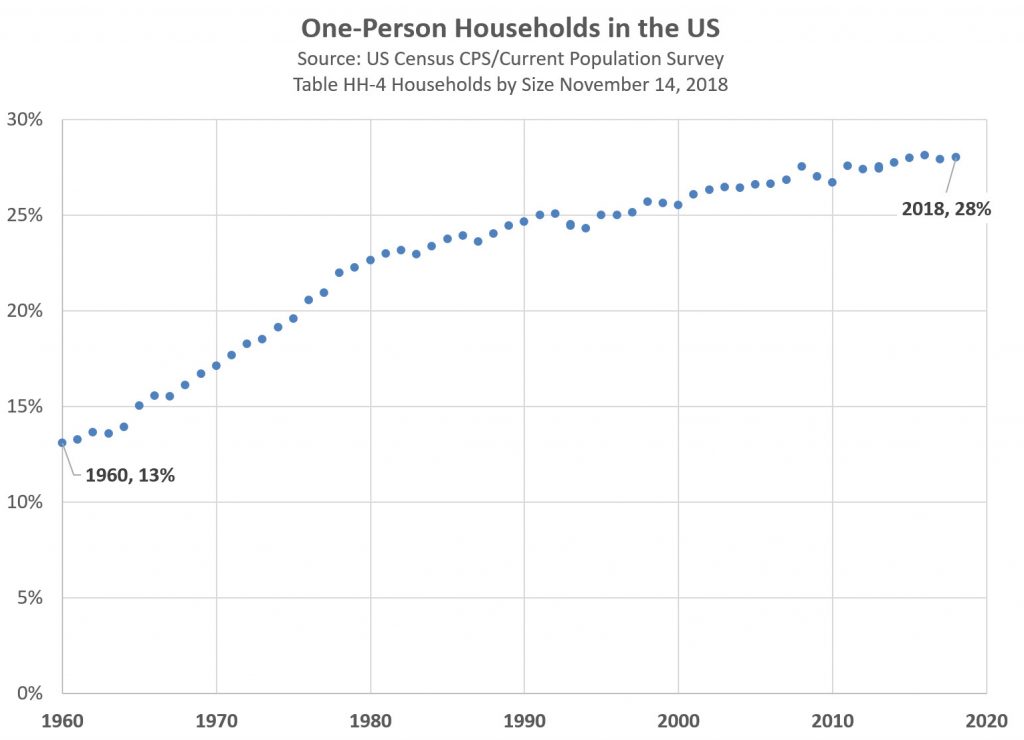 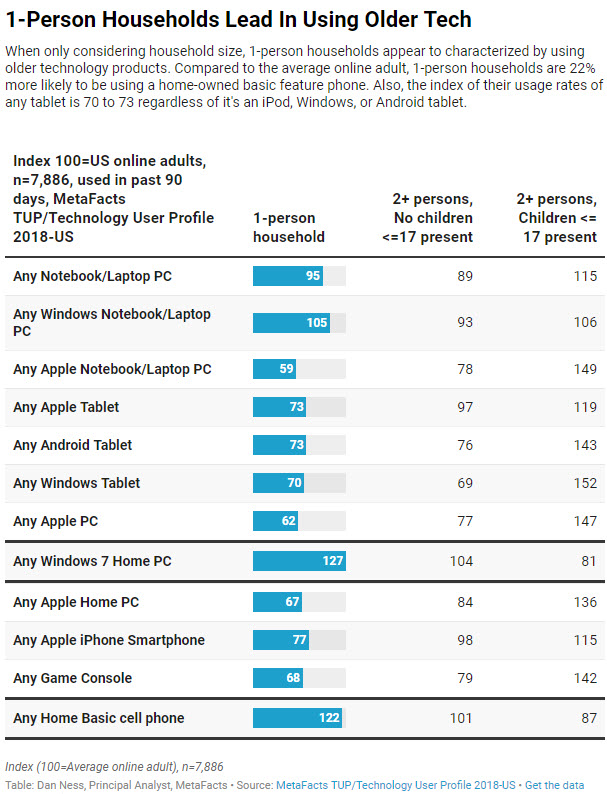 When it comes to the devices Americans in 1-person households use, our TUP/Technology User Profile service shows that as a group, they’re behind the curve. American 1-person households appear to be languishing in technology’s past. They are 27% more likely than the average online American adult to still be using a home PC using Windows 7, the Microsoft operating systems nearing its end of life. The replacement for Windows Vista officially came off Microsoft’s mainstream support four years ago – in January 2015. Extended support has been available, yet that support is scheduled to be discontinued in less than one year, by January 2020. Also, 1-person households are well above average (22% higher than average) in their use of a home-owned basic feature phone.

In contrast, American households where children are present have well above-average rates of using many key devices – Windows tablets, game consoles, and Apple Notebooks. This simple view may clarify why some companies prefer to simply tailor their products and services to larger households and avoid smaller ones.

However, looking more deeply into 1-person households, there’s more than household size and core technology that reveals their differences. 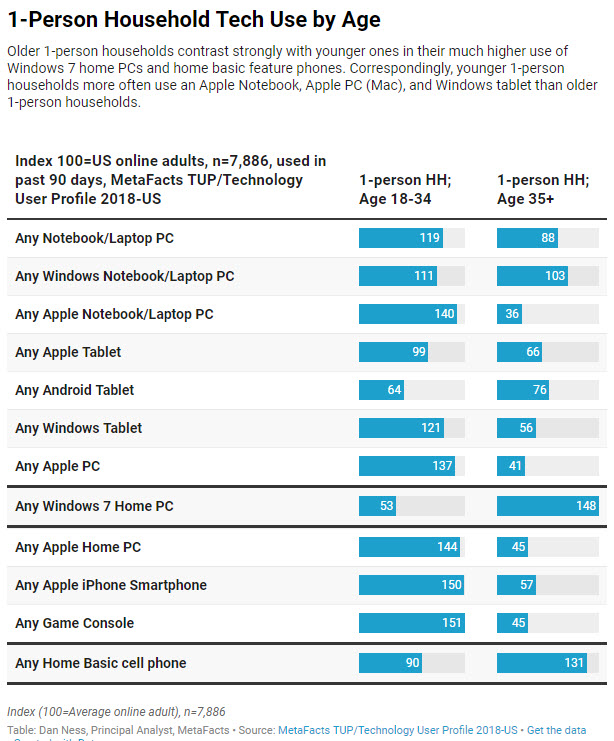 Within 1-person households, there’s a striking difference between younger and older adults in the profile of their technology usage. The highest usage index for Windows 7 home PCs is among older (age 35+) singles, at 48% higher than the national average. Similarly, there’s an index of 131 for use of a home-owned basic feature phone.

However, age alone does not adequately describe 1-person households and their technology usage, nor does combining age and household size. There are yet other factors. 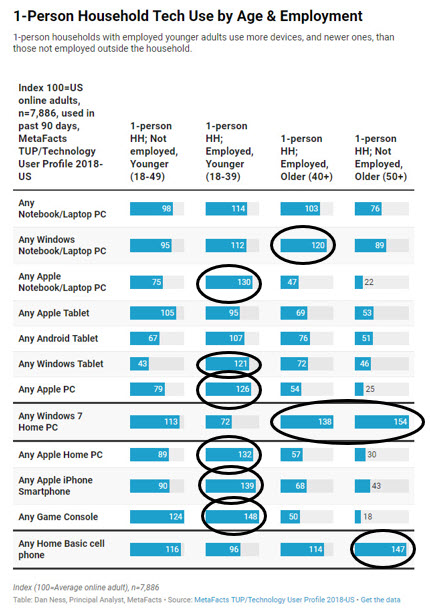 Drilling down into the TUP/Technology User Profile results even more deeply, the combination of household size, age group, and employment status shows even stronger differences.

Have a job – part-time or full-time or even self-employed – and be younger than 40, and you’ll be among the highest technology adopters among 1-person households.

They are above average in using a Windows or Android Tablet, an Apple PC, iPhone, and game console.

The lowest technology adopters are those not employed outside the household and in 1-person households, both younger and older. These have the highest relative levels of using Windows 7 home PCs and home basic cell phones.

Interestingly, even while family/multi-person plans are ostensibly targeted at larger households, a substantial number of 1-person households are using them.

Shifts in population may seem glacial especially by those in technology industries who are accustomed to frequent shifts. People change their living situations less quickly than they change their adoption of technology. Consequently, technology companies would be better served, as would 1-person households, to the extent these users are included in their offerings.

The analysis in this TUPdate is based on results drawn from the 2018 wave of TUP (Technology User Profile), which is TUP’s 36th continuous wave. This survey-based study details the use of technology products by a carefully-selected and weighted set of respondents drawn to represent online adults.