Users vote with their fingers, demonstrating what they like by what they actually use. The top combination includes four devices – a desktop, notebook, tablet, or smartphone – and actively used by one in six (16%) of online adults in the US. 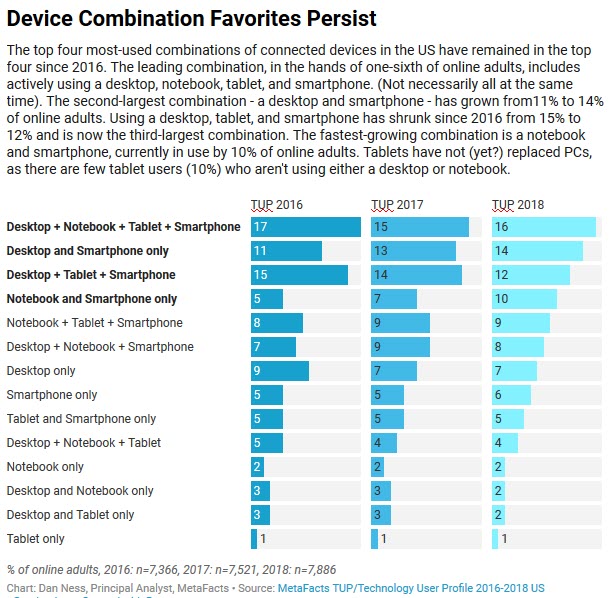 Elders come on board 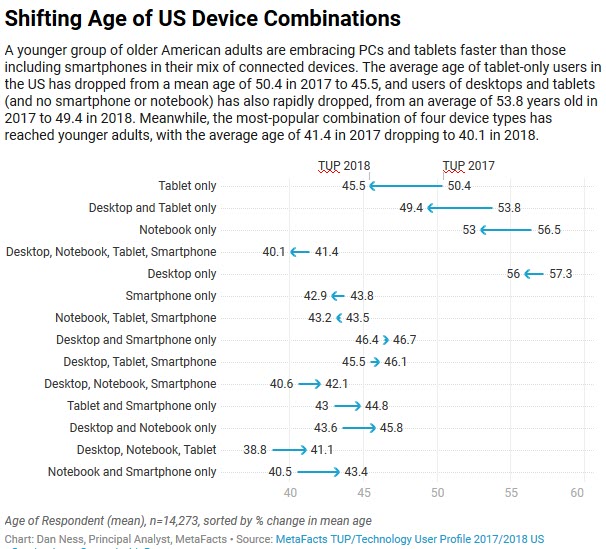 Despite much media attention on this device or another “taking over the world”, most American users continue to juggle multiple devices.

Although innovative crossover products continue to make splashes and inroads, from foldable phones to all-in-one and convertibles, the majority of users persist in finding ways to stay productive and entertained with their varied types of devices. It seems users are currently more flexible than their devices.

The analysis in this TUPdate is based on results drawn from the most-recent wave of TUP (Technology User Profile), the 2018 edition which is TUP’s 36th continuous wave. This survey-based study details the use of technology products by a carefully-selected and weighted set of respondents drawn to represent online adults. This specific wave spanned the US, UK, Germany, India, and China. In the TUP survey, we identified the connected devices being actively used, from those acquired with home/personal funds to those that are owned by employers, schools, or others. From these, we selected adults who are using at least one home PC.