3D Printers are not for the youngest, yet (MetaFAQs)

3D Printers continue to rank strongly as one of the up-and-coming tech items of the future. 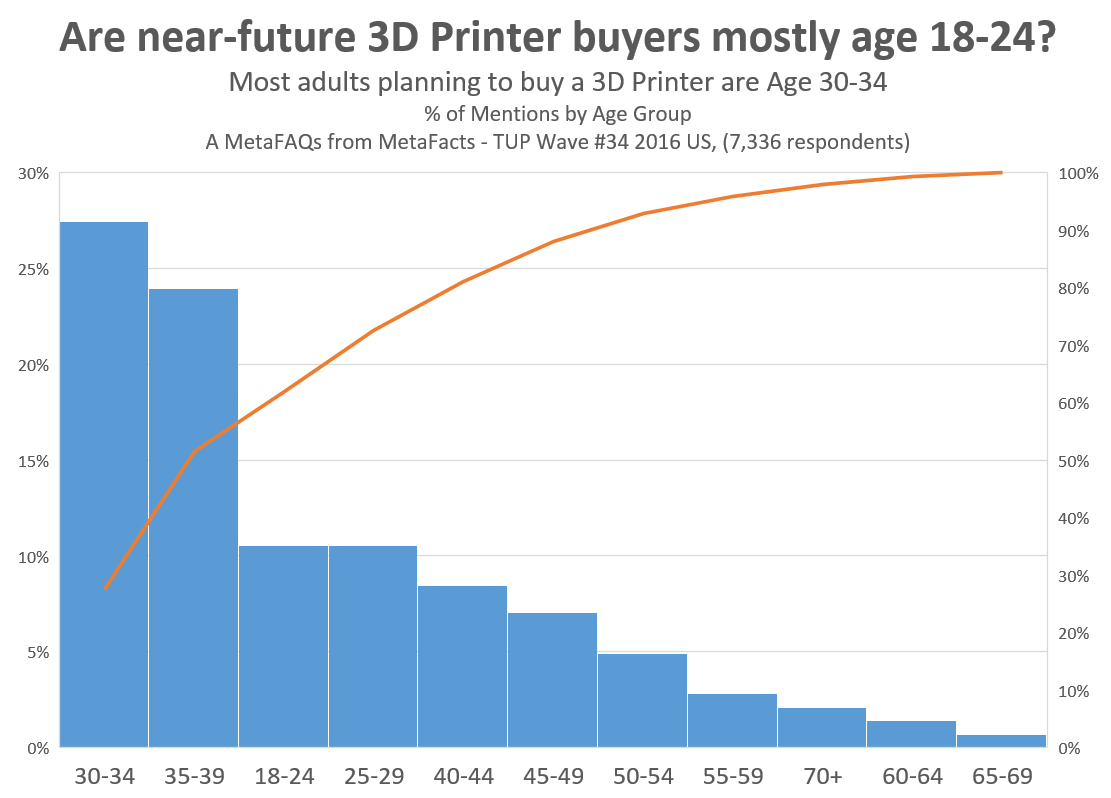 Planning to buy a 3D Printer – by age

3D Printers loom as disruptive to many industries. Why would Amazon need drones or UPS need trucks when a product’s design can speed along the Internet to consumers making their own goods? Why would repair parts manufacturers require vast warehouses when do-it-yourselfers can simply create their own spare parts as they need them?

While 3D printing technology is still in its early stages for many types of goods, materials and printers are quickly improving and becoming more accessible to a broader public.

How real is market demand for 3D printers, though? Based on our recent survey of 7,336 respondents with the TUP 2016 survey, the market is small and selective.

Are the early adopters and interest bearers of 3D printing the youngest adults? No, the majority of purchase plans are among adults 30-34, followed closely by those age 35-39. The younger age 18-24 and age 25-29 group lag behind.

The number of active 3D Printer users and intenders is still relatively small, yet change is afoot.

Among consumers, we expect the adoption of 3D printers to continue among tech hobbyists or service bureaus. Even the technically inclined Etsy crafters are only slowly adopting the technology themselves, although they’re the group most bearing watching. They have the creativity and know how to make it pay for them to keep updating their technology.

In addition to profiling the spending, demographics, activities, and devices of these users, many other related answers are part of the TUP service, available to paid subscribers.

Comments Off on 3D Printers are not for the youngest, yet (MetaFAQs)