On April 8th, 2014, Microsoft will discontinue extended support for Windows XP. There is a substantial installed base of Home-owned Windows XP PCs being actively used in the U.S.

These users are not just a handful of stragglers, hanging on to get the last nickel of value from their old, tired PCs. In fact, they are active users of a wide variety of tech products and also big spenders on digital media, tech services, and consumer electronics. 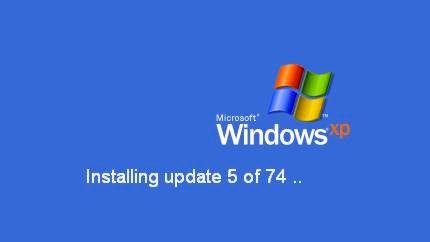 Although the Windows XP Operating System was released in 2001, it continues to remain in active use following the release of more than one version of Microsoft Windows.

Home XP PC users are regularly using their PCs for a wide range of activities, and most are using other PCs, Smartphones, Tablets, and other connected devices in addition to their Windows XP Home PC. The full TUP research details the demographics, behavioral, and tech usage profile characteristics which uniquely differentiate this market segment.

These results are based on the most recent wave of Technology User Profile, the TUP 2013 edition. The large-scale survey is in its 31st continuous year, documenting and detailing the full scope of technology adoption and use.

An active connected device is defined in TUP as one which has been connected to the Internet to check email or to open an Internet browser in the prior 90 days.

In addition to tracking the operating system of actively used connected devices, Technology User Profile details the many devices which online adults use to regularly connect to the Internet. The survey-based research details what people do with their devices, where they spend their technology dollars, and how often they update (or don’t updated) their technology products.

Technology companies who want to know more Windows XP users, or about their current or future customers can contact MetaFacts to learn how to subscribe to the rich resources of Technology User Profile.